Bloom has been awarded the Hawthorn Prize for the most impressive pavilion!

A digital city portrays a future where nature is embraced from an artificial perspective. The notion of adaptation was the primary natural phenomenon that which operated as our design driver. We designed and developed a single module (20x20x20cm) which expands and collapses accordingly to forces applied to it. Based on different arrangements, the modules can fold and ‘Bloom’ forming different shapes as clusters, creating a large variety of formal constellations.

The modules are assembled using velcro tape to form a variable surface, which suspends from the ceiling. Natural or artificial lighting shining from above will filter through it creating a large variety of shadows.  The use of velcro tape allows the visitors o decompose and recompose the ‘Bloom’  pavilion according to their needs. As people interact with it, its shape and spatial configuration changes, determined by the transformability boundaries of each unit similar to the blooming flowers in nature. Visitors are invited to interact and reconfigure the pavilion during the exhibition, bringing its geometry into a constant change. 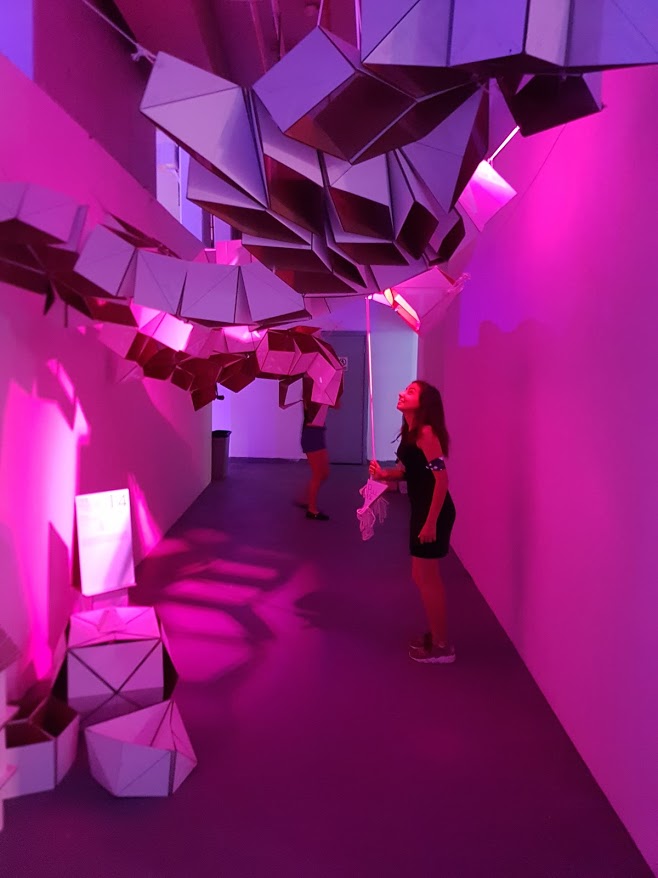 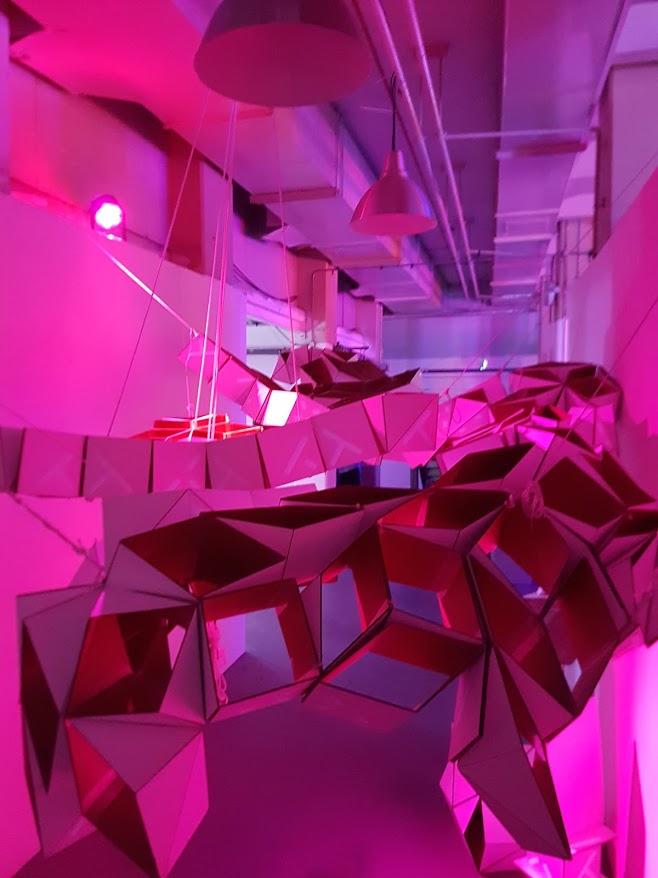 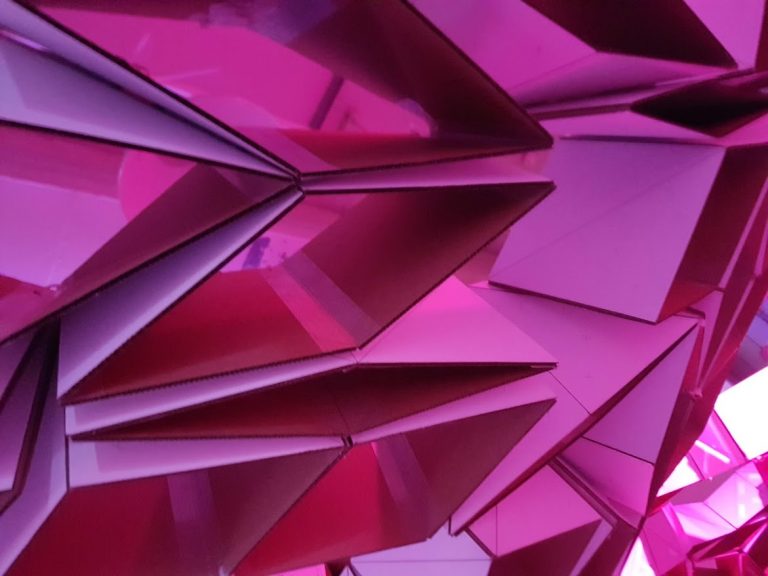